141 countries are currently facing torture issues- that's nearly 3/4 of the world. The Torture Abolition and Survivors Support Coalition (TASSC) was created to end this global crisis. 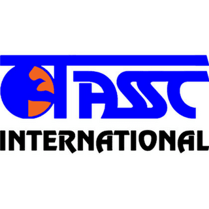 Founded in 2002, the TASSC's team consists of dedicated experts in the field of trauma-informed care from various walks of life and professional backgrounds. They are all united with a passion to protect and serve survivors while supporting them on their journey to healing. In 2019, they were able to serve 307 survivors. In addition, they helped amplify the voices of 88 survivors who participated in 65 congressional meetings on Capitol Hill. Each year, the demand for TASSC's services continues to grow.

Their Misson & How They Fulfill It...

TASSC's mission is to end the practice of torture, and support survivors by empowering themselves, their families, and communities wherever they are. They take an integrated and survivor-centered approach to their work with survivors of torture. For more than 20 years, TASSC has helped torture survivors with proper legal representation, social services, mental health support, medical referrals, job training housing, and more.

Meet a few of TASSC's brave survivors and hear their inspiring stories...

Tapadi is a journalist and human rights promoter who was persecuted for denouncing corruption and dictatorship in her country. After she came to the United States for school and published investigative articles which exposed the corruption and mass killings in which her two brothers were killed, Tapadi was warned by a friend that her name was on the black list of journalists to detain upon her return to her country.

It was then when Tapadi then applied for asylum in the US. She explains that TASSC broke down the loneliness and the silence she was confined in.

"Being a survivor means speaking aloud to denounce torture, to fight oppression, to combat atrocities, to break down injustices & to subdue and destroy dictatorship. By doing so, we will prevent these calamities from spreading and from happening again. Then, our pain will alleviate; our wounds will diminish."- Tapadi, TASSC survivor

TASSC survivor Daniel was stuck in a shadow of hopelessness when he was back home, and could not turn to family or police for help in his situation. In his country, civilians were being tortured— one individual he worked with told him that he was forced by the military to swim in the mud and was tortured due to his sexuality.

Now, Daniel has peace of mind knowing that TASSC is on his side to support him with resources and are able to help amplify his voice to end the practice of torture.

What's Next? How You Can Get Involved...

Joining TASSC means helping survivors rebuild their lives in the United States, and joining the fight to end torture across the world. Survivors can fill out an application to add themselves to the waiting list for services.

Those passionate about serving the mission can join their own TASSC's Advocacy Program which gives survivors a chance to speak out against torture and other human rights abuses in other countries.

Being a part of this program means that you can attend meetings with aides in the United States Congress and share ideas about U.S. policy toward their countries via social media, leaving voice messages and sending their concerns via email.

Nonprofit Spotlight: Unleashing The Power of Capital For a Positive Global Impact

Mindful Money: How Being in the Right Mindset Can Increase Profit

The Role of the CEO Is Changing: Here’s How You Can Prepare